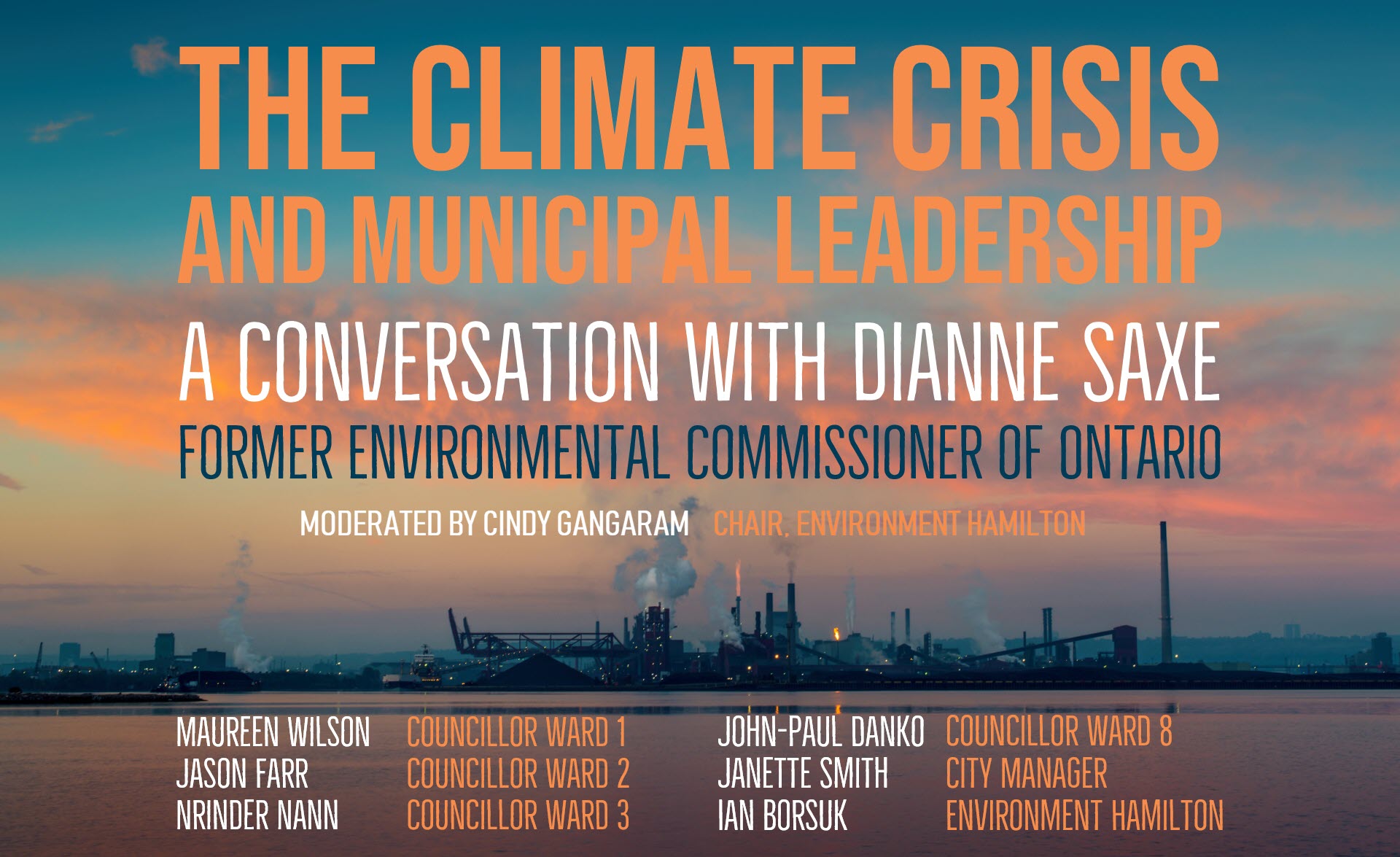 In the summer of 2019, I contacted Dr Dianne Saxe and asked if she would come to Hamilton and lead a community conversation about the impact of our rapidly changing climate on cities.  On November 4, 2019, Dr Saxe did just that.  At the “Climate Crisis and Municipal Leadership” meeting, Dr Saxe had great insights to offer based on facts and evidence.  Hers was a call to action. Cities and towns are on the front lines of our climate crisis.  The City of Hamilton must show leadership and act in a manner that is in keeping with its unanimously declared climate emergency.

The meeting was open to the public including residents of Ward 1.  I am happy to make available the video of that evening featuring Dr Saxe’s address along with a panel discussion that followed.