My vote against ending the Encampment Response Protocol 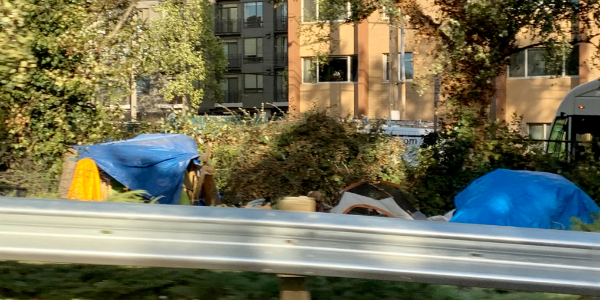 Encampments are outside spaces where residents are living temporarily in tents or other makeshift arrangements. I have written about encampments in a previous letter to Ward 1 residents.

The purpose of this Ward 1 letter is to account for my vote at the August 9, 2021, special meeting of Hamilton City Council, which concluded with the City's cancellation of the Encampment Response Protocol.

The Protocol was an agreement between the City and outside health and housing groups in response to a legal injunction brought against the municipality for its pre-pandemic by-law procedure for dealing with individuals encamped on public space. The guiding principles and approach of the agreed-upon Encampment Response Protocol enabled an assessment of the individual health and social needs of those living in an encampment and a process during a 14-day period that would provide supports, including but not limited to the following:

The deliberations during the August 9th Special Council meeting occurred in a closed session (not public). The public portion of the meeting recorded my vote in opposition to the cancellation of the Encampment Protocol, and I would like to be held accountable for that vote by offering Ward 1 residents the following rationale that guided me in my decision at the time.

I am not in favour of encampments. I have yet to meet anyone who is, including residents having to live within them. Public parks and spaces are not appropriate places for people to live and sleep.

Encampments are indicative of significant system failures and a housing crisis inextricably linked to a health crisis. We do not have enough affordable housing units and deep support services for Hamiltonians who are unhoused. Long in the making, these circumstances are matched by an ongoing pandemic with Hamilton's vaccination rates sitting below the provincial average, particularly among our most vulnerable neighbours. Community settings (as opposed to places of work) are experiencing the greatest reproduction of the virus. I was, and I remain to be concerned with our ability to track, trace and vaccinate residents we cannot see or find along with COVID-19 outbreaks that could arise and spread throughout our entire community.

I voted against the cancellation of the Protocol because there was and is no formal, publicly established approach on how the pre-pandemic enforcement level will operate during COVID-19. As a result, the role of the Encampment Response Team is now undefined.

The Encampment Response Team includes representatives from the City of Hamilton Housing Services Division and Street Outreach Team, Municipal Law Enforcement (by-law), Public Works and the Hamilton Police Service's Social Navigator Program. In the absence of the Protocol, the municipality reverts to by-law enforcement officers being first on the scene with support from Hamilton Police Service. In my opinion, enforcement before assessment shifts the problem; it doesn't solve the problem.

In addition to existing COVID-19 conditions, the City of Hamilton's previous policy statements and values concerning housing and health guided my decision.  As an elected official, I am accountable for advancing these policy directives. The housing directives place the unhoused person at the centre of care. They recognize that homelessness impacts single women, trans and non-binary individuals differently than single men or families. The City has also stated that its homeless servicing system must account for the systemic over-representation of Indigenous Persons experiencing homelessness. The higher rate is another example of our colonial legacy. The City has acknowledged that Hamilton must aim to design a system that respects, honours and promotes the strength and resiliency of Indigenous Peoples.

These are difficult, complex issues. They require deliberate, open discussion and consultation.

I have been advised that city staff will be bringing forward a report on encampments in mid-September. I will look to that report to clarify the role and responsibility of the Encampment Response and clearly set out the process to follow once an encampment is identified.

Thank you for reading. As always, please do not hesitate to contact me should you have any concerns, questions or comments.